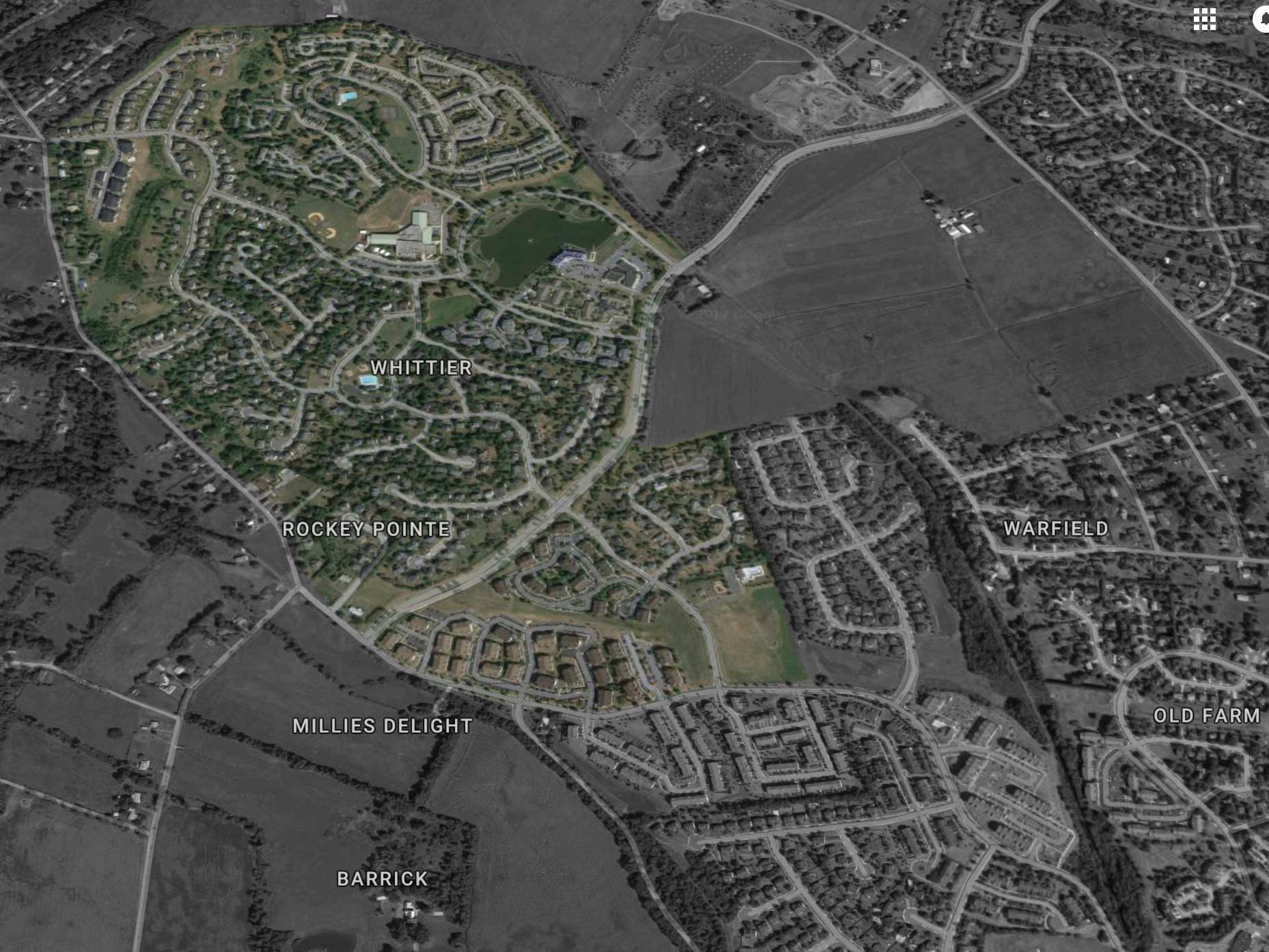 Our community name comes from the great poet John Greenleaf Whittier who described feisty Barbara Fritchie of West Patrick Street, whom he never met, as waving a flag at Confederate troops and shouting, "Shoot if you must this old gray head but spare your country's flag."

In the late 1980s, Ausherman Development Corp planned the Whittier Planned Neighborhood Development (PND) as a residential development with a mixture of single-family homes, townhouses, and condominiums. The plan proposed using about 350 acres, taken from the Linwood T. Offutt farm and the Kemp farm. It would include commercial development and public spaces and facilities.

The Kemp farm was inside the city limits while the Offutt farm was outside the boundaries. At the time, the city "strongly supported Ausherman's plans," which would further "the city's desire to expand the city's property tax base" and to provide more housing needed by the city to grow. Ausherman was unable to develop Whittier unless the entire property was inside the city boundaries "because the planned development required an extension to the city's public water supply and sanitary sewer."

In June 1988, the city's mayor and board annexed the Offutt farm. In a complex agreement, the city and Ausherman agreed to a schedule of expanding public improvements, such as streets, water, and sewer lines, and storm drains. Ausherman agreed to give the city a 10-12-acre parcel for construction of an elementary school. Later the city requested a 1 million gallon water storage tank and promised that "building permits will not be denied due to lack of acceptable domestic water supply" and that "occupancy permits will not be denied due to the lack of completion of the storage tank." Ausherman complied with the terms of the agreements. 1,590 units were planned to be built.